THE South Australian government is seeking expressions of interest to develop land near Whyalla at Port Bonython in the Upper Spencer Gulf.

The site features more than 2000 hectares of available land and access to an existing deepwater port comprising a 2.4km long jetty, which has been approved for a $37m state government-funded upgrade.

As previously reported by DCN, Port Bonython was identified as an export hub for both green and blue hydrogen during the development of South Australia’s Hydrogen Export Modelling Tool, which was released in October last year.

State Treasurer Rob Lucas said expressions of interest will be rated on their ability to develop projects that have the potential to create economic growth and regional development on the Eyre Peninsula. They will also be rated on their ability to contribute to Port Bonython as a “multi-user, export-focused precinct to leverage the state’s advantages in renewable energy, fuels and minerals”.

The government says the significant renewable energy resources of the region may also support a range of other industrial, mining and related projects and development.

In this month’s budget, the federal government set aside $276 million for four regional hydrogen hubs across the country, with another $264 million allocated for carbon capture projects.

Mr Lucas said, “This is a significant piece of land that, when properly developed, has the potential to create significant economic and jobs growth not only for the Upper Spencer Gulf, but for the whole of South Australia.

“Having a hydrogen hub exporting to Australian and international markets will leverage the $20 billion pipeline of large-scale renewable energy projects under development in South Australia.”

Expressions of Interest will be open for a period of six weeks and include requirements for developments to commence within five years. 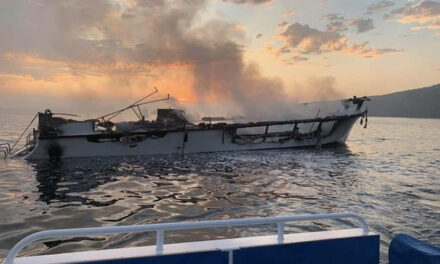 Recommendations from investigation into loss of Conception