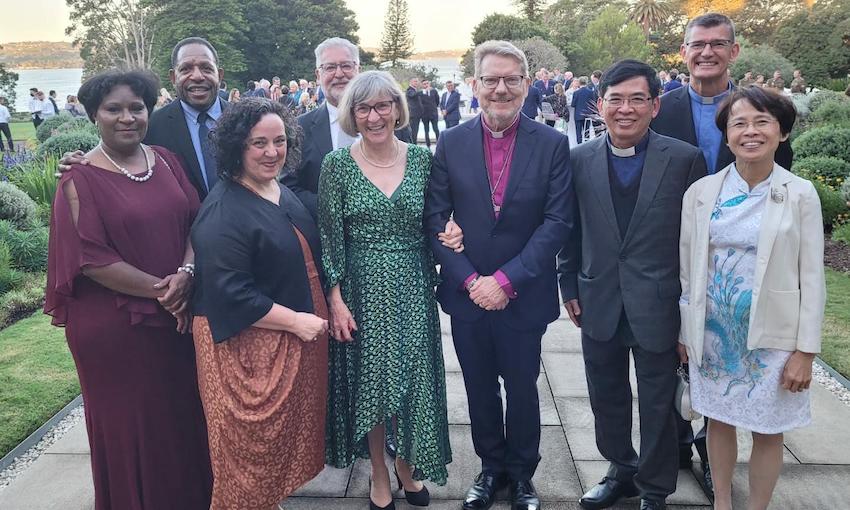 MISSION to Seafarers met with Princess Anne, the charity’s president, at Government House on Sunday during her tour in Australia.

Her Royal Highness arrived in Sydney on Saturday to open the Royal Easter Show. At a garden party the following day, Mission to Seafarers was among a small handful of organisations invited to meet the princess.

“We were invited because Her Highness is the president of Mission to Seafarers International, and our patron is her mother, Her Majesty the Queen,” Reverend Tay said.

According to MTS’s website, Princess Anne is actively engaged with the charity’s work to support seafarers and their families around the world.

She attends functions as MTS’s most highly esteemed ambassador and delivers keynote speeches on maritime subjects.

Reverend Tay said the princess had a lot of guests to meet at the event, but nonetheless made time to ask for an update on the mission’s recent work.

“We shared with her some of the things we’ve been doing during COVID-19, like providing vaccinations for at least 2000 seafarers,” he said.

MTS facilitates seafarer vaccinations by converting their busses into mobile vaccination clinics, and parking at the bottom of ships’ gangways.

MTS told Princess Anne the charity has been busy during the pandemic, making sure seafarers receive mental and physical support.

“It was a brief conversation about what we’ve been doing and how busy we are, but we thanked her for the support she has given to the mission and the seafarers at this time.”