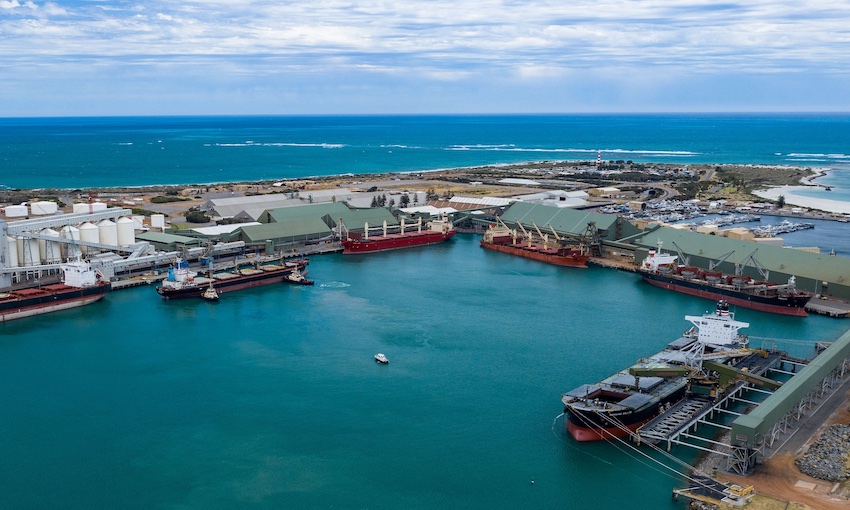 THE WESTERN Australian government has committed some $508 million to port infrastructure upgrade projects across the state in the 2022-23 State Budget.

This new funding is in addition to the $499 million that is already allocated to the Westport project, which aims to build a new port at Kwinana, south of Fremantle.

In the Mid West

As part of the funds in the budget, more than $332 million is being invested towards the Mid West Ports Authority’s Geraldton Port Maximisation Project over the next four years to increase capacity for Geraldton Port services.

This includes infrastructure upgrades to increase trade capacity to maximise the existing port’s footprint, facilitate a range of new projects and deliver value for the Mid-West region.

The plan is expected to seen new trades from 11 new customers. This would be supported through a combination of debottlenecking and new economic infrastructure – covering transport, land acquisition, storage, materials handling, upgrades to Berths 1/2 and 6 and associated supporting infrastructure.

“This region has long been associated with grain and iron ore exports; however, the region is becoming a valuable supplier of mineral sands, metal concentrates and silica sand in a rising global market,” she said.

The future Westport and more

Westport enabling works are ongoing. Four hundred-million dollars have been invested to support strategic land acquisition for future freight corridors and port functions, as well as environmental offset works, with a further $99 million committed to deliver the next stages of Westport, including the development of a strategic level business case.

The 2022-23 State Budget is also funding a number of feasibility studies aligned to Westport to drive improved trade, economic and land-use development outcomes in the wider Kwinana and Fremantle areas.

Another $78 million will progress development of Lumsden Point to grow the capacity at the Port of Port Hedland to diversify trade and support jobs in the region. Initial works are expected to start later this year.

The state budget will also bring an additional $52 million investment for a dedicated marine services hub in Broome, which will see a gas supply base established to service Browse Basin gas production activities. This includes $7 million towards base infrastructure for a processing and storage facility, creating jobs and new targeted opportunities for the Kimberley region.

And, to support an increase in trade within the Esperance and Bunbury ports, $10.7 million is being allocated towards important infrastructure and equipment projects for both ports.

“This commitment to invest a further $507.9 million at our ports will ensure that WA’s key export industries continue to be supported to deliver billions of dollars in benefits to our state,” she said.

“Planning for the next century of trade growth and beyond must begin now to ensure we deliver a sustainable, efficient and resilient trade and supply chain system.”

Ms Saffioti said a new terminal and supply-chain network must be planned well in advance to prevent trade bottlenecks.

“Westport is taking a system design approach that considers every aspect of the supply chain. This means that the shipping channels to the terminal, along with road and rail networks, will all be planned together,” she said.

“Westport is progressing land protection and other enabling works to ensure this state-shaping future development can be successfully delivered following the completion of the Westport business case in 2024.”