ENCOURAGING stronger female representation in Australian sailing while also promoting health and sustainability was the aim of an all-female crew that sailed the yacht Wild Oats X from Sydney to Hobart this past December.

Skipper Stacey Jackson, 35, hand-picked the first all-female professional crew to enter the 2018 Rolex Sydney Hobart Yacht Race. Organised by the Cruising Yacht Club of Australia, the 628-nautical-mile race is one of the most prestigious regatta races in the world.

The 13-strong crew was a mixture of domestic and international talent, all respected professional sailors. Led by Stacey, the team raced under the name Ocean Respect Racing in partnership with 11th Hour Racing, an organisation that promotes sustainability through sport. The team name expressed the message to inspire fellow competitors, event organisers and supporters to respect and protect the ocean.

The yacht
The 66-foot Wild Oats X, which Sandy Oatley gifted Stacey Jackson for the race, went in as a serious contender. Wild Oats X is a Reichel/Pugh 66 mini maxi with a canting keel and twin daggerboards. The boat was originally built for Australia’s Admiral’s Cup defence and had been awarded line honours in multiple ocean races.

Stacey Jackson hails from Mooloolaba on Queensland’s Sunshine Coast. “Sailing with a fully professional, all-female crew to Hobart is a wonderful opportunity and we are proud to build on the work of non-professional female crews who have previously raced,” she said before the race. “We are excited to promote and encourage women in the sport and engage with the Australian public on ocean health issues that are affecting us daily, both locally and globally. We are working with environmental organisations, as well as local yacht clubs, to further educate ourselves, be proactive in mitigating our impact on the ocean, and inspire our fans and communities to become ocean stewards.”

“We need to look after our home and what is essentially our playground.”
Stacey Jackson

Sailing from an early age
Stacey began sailing at the age of seven. “My brother and I started sailing lessons – it’s as simple as that, and I have had an unwavering passion for sailing all my life,” she said. Before the 2018 race, she had participated in 11 Sydney-Hobart races and two Volvo Round the World Ocean Races, including the recent 2017-18 Volvo Ocean Race aboard Vestas 11th Hour Racing.

Working closely with Stacey as team ambassador was Julie Bishop, former Australian foreign affairs minister and Australia’s first female foreign minister. “I am delighted to be the ambassador for Ocean Respect Racing,” Ms Bishop said. “This historic initiative will set the benchmark for female participation in sailing in Australia, and Stacey’s team comprises some of the most capable sailors. Importantly, I am looking forward to working closely with the team and the UN Environment’s Clean Seas campaign to promote the importance of ocean health and sustainability in Australia. I hope that their sporting endeavours will inspire women and girls around the world.”

Guarding the environment
Stacey is committed to reducing the carbon footprint of her team by adopting sustainable practices not only while at sea but in daily life as well. She said the team would not be using single-use plastic items such as water bottles, straws, cutlery, coffee cups and bags. The team will promote sustainability in local yacht clubs and Australian sailing more generally by focusing on the need to recycle.

The team is promoting the United Nations Environment Program Clean Seas Campaign with a view to reducing ocean plastics. “We need to look after our home and what is essentially our playground,” Stacey said. “And we need to inspire all mariners in their spheres of influence, including the next generation of sailors; ocean health is critical to global health.”

A triumphal ending
The race’s final result was amazing since the crew had never sailed as one entity until a couple of weeks before the race. Stacey Jackson and her crew sailed Wild Oats X to be:

This article appeared in the February 2019 edition of DCN Magazine 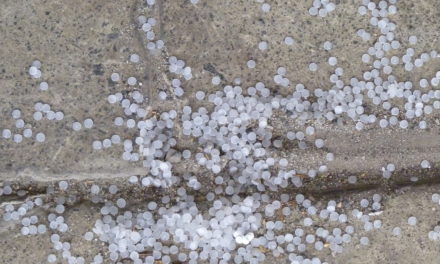 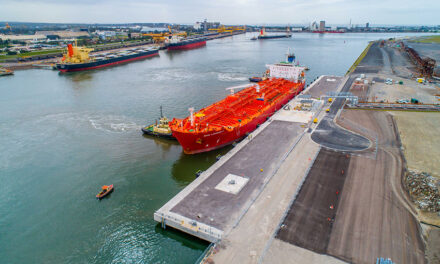