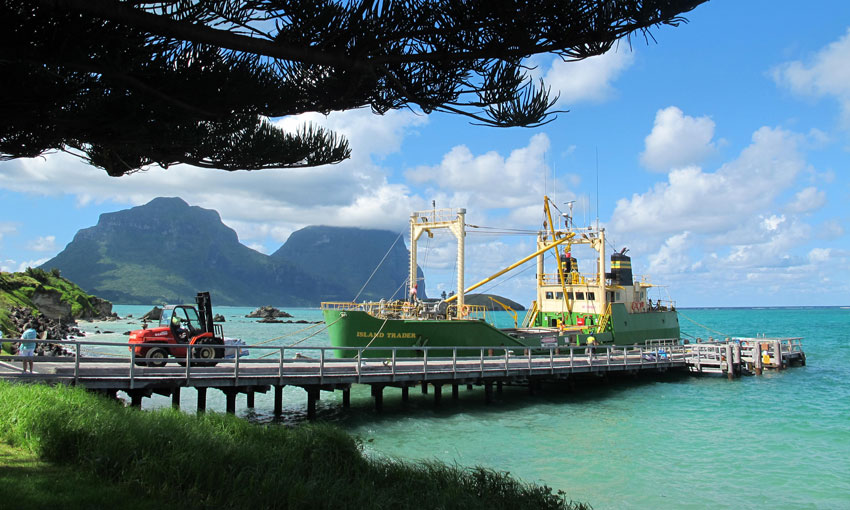 A file photo of Island Trader; Spelio via Flickr https://www.flickr.com/photos/spelio/7943276874

The voyage due to depart Port Macquarie on 25 March was cancelled after wharf infrastructure was inundated and severely damaged by the floods that swept New South Wales in March.

Federal minister for emergency management David Littleproud said the New South Wales government had requested assistance to transport dry, cold and frozen food as well as LPG gas to the island ahead of the Easter long weekend.

“I received the request from the New South Wales government and immediately asked for the Defence Force, via Minister Dutton, to start making the arrangements,” Mr Littleproud said.

“There will be around 1000 people on the island over the Easter long weekend including residents, staff and visitors, so this mission will ensure that business can continue as usual over this important time.

“This will be a great boost for the people of Lord Howe Island ahead of a very busy holiday period.

“I thank the ADF for the important contribution they have already made to helping New South Wales throughout this flood event, from the life-saving search and rescue helicopters to the boots on the ground clearing debris and wreckage.”

A Department of Defence spokesperson told DCN the department would deliver up to 72 LPG bottles and essential food supplies for the Lord Howe Island community after flooding impacted the regular freight deliveries from Port Macquarie.

“The supplies will be delivered by RAAF C-130J Hercules flights from Port Macquarie, completing on 3 April,” the spokesperson said.

“The recent flooding experienced throughout the coastal areas of NSW has resulted in normal supply chains being disrupted, and Defence support was requested through the Defence Assistance to the Civil Community (DACC) initiative.

The spokesperson said the Department of Defence provides emergency and non-emergency support to states and territories through DACC. The initiative is available when state and territory resources are not sufficient or have been overwhelmed.

“The whole site was underwater. Inside our storage shed the water got up to 1130 millimetres high,” he said.

“An average high tide is about 1.6 metres here, but during the floods the water was at 3.5 metres.”

Mr Turner said the operation was back up and running, with the forklifts and the coolers replaced. The next voyage, scheduled to depart Port Macquarie on 8 April and arrive at the island on 10 April, is to go ahead as planned.