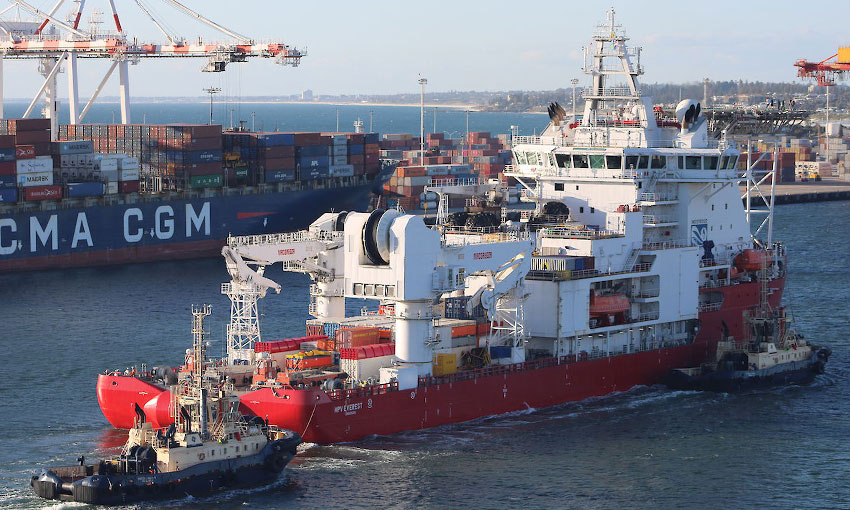 MPV Everest arrives at Fremantle on 13 April 2021, days after a fire broke out onboard; Image: Sally Swingler/AAD

A FUEL oil settling tank probably overflowed before a fire engulfed the port engine room on MPV Everest in April, according to a preliminary report from the Australian Transport Safety Bureau.

The incident occurred when the vessel, chartered by the Australian Antarctic Division, was en-route from Antarctica to Hobart.

On the morning of 5 April, MPV Everest was about 1075 nautical miles north-east of Mawson station in the Southern Ocean on a north-north-easterly course bound for Hobart. It had a crew of 37 and 72 expedition staff on board.

The ship was making good 11 knots, with power for propulsion being provided by three of the ship’s six engines – numbers 2 and 3 in the port engine room and number 6 in the starboard (the ship’s two engine rooms each contained two 5760 kW and one 1920 kW marine diesel engines).

Shortly before 1100, the ship’s master saw large flames erupting from open louvres in the port engine room’s exhaust casing. In response the master raised the alarm and instructed crew and expedition staff to report to their emergency muster positions.

The flames destroyed two rubber watercraft and other equipment stowed inboard of the exhaust vent casing.

The preliminary report details subsequent events on board the ship, including the mustering of the crew and expeditioners, the firefighting response, the shutting down of the ship’s port engine room and machinery, the ship’s loss of power, and the subsequent confirmation of the fire’s extinguishment.

Passage resumed at about 1820 after propulsion was restored with two engines in the starboard engine room (with the port engine room and machinery unusable). There were no injuries to anyone on board.

The following day, the ship’s master diverted MPV Everest to Fremantle, where it arrived on 13 April.

The preliminary report notes that during initial inspections of the fire-damaged engine room, the crew observed fuel oil dripping down into it from within the exhaust vent casing above.

Recorded data from the ship’s integrated automation system (IAS) showed a routine transfer to top-up the fuel oil settling tank in the port engine room was started at about 0925 on the morning of the fire, the report said.

ATSB Chief Commissioner Greg Hood said the investigation would continue to examine the origin and cause of the fire and its development, and the operation of the ship’s fuel oil transfer system, including pumps, piping, alarms and automation.

“Other areas of investigation include the performance of the ship’s firefighting equipment, the effectiveness of the ship’s emergency response, and the efficacy of shipboard communication systems.”

Investigators will also continue to analyse recorded data, including from the ship’s integrated automation system and CCTV, and consider relevant human factors.

Mr Hood noted the preliminary report does not include any safety findings or analysis, which will be detailed in the investigation’s final report to be released at the conclusion of the investigation.

“However, should a critical safety issue be identified at any stage during the investigation, the ATSB will immediately notify relevant parties so appropriate and timely safety action can be taken,” he said.

The ATSB’s preliminary report on the Everest fire outlines basic factual information including the fire’s sequence of events as established as part of the investigation’s initial evidence collection phase and does not detail any safety findings or analysis.

The investigation is continuing and will include the following subject areas:

This was the second fire incident on the MPV Everest this year. A small fire broke out on the vessel on 29 January in the battery room during a voyage from Casey Station to Hobart. It was quickly extinguished with no injuries. 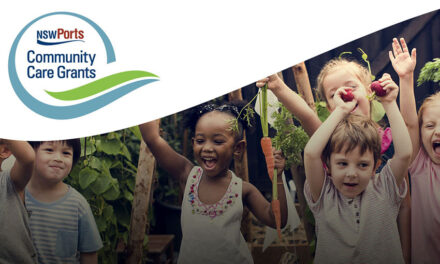 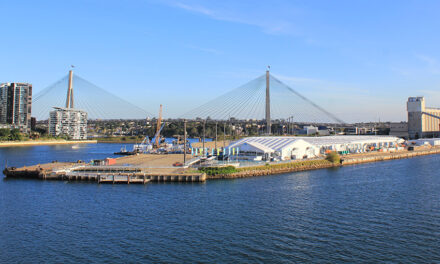 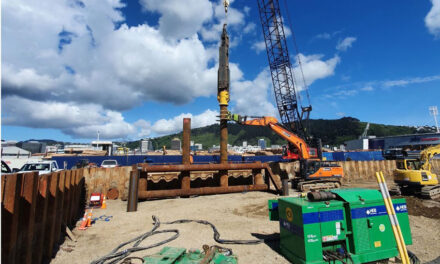